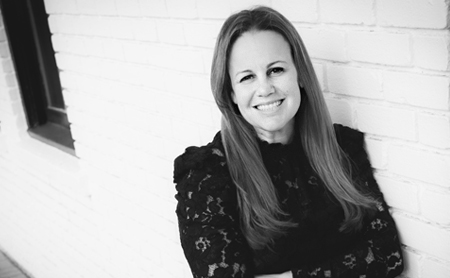 Tracey’s passion for recruiting began when she was in law school and worked as a legal intern for Target Corporation’s HR department.

Tracey then made the move to in-house practice with Compass Group USA. While there, she had the opportunity to wear many hats, including leading up the Employment Law Compliance and Projects team, after which she transitioned to HR leadership.

In 2020, Tracey joined Broad River Retail (the largest licensee of Ashely HomeStores) as their head of Human Resources which included the talent acquisition. She has been in this role for the last two years navigating the new and emerging employment norms from work from home standards, the Great Resignation, the Revenge of Ghosting, and wage inflation to name a few.

Tracey is originally from Kansas City but now calls Charlotte, NC home. She has two rambunctious sons that keep her on her toes and in the know on what is “cool”.

What is your ideal superpower?
Flight! And while we are picking superpowers, I would want super-duper fast flight that could time travel. Great way to see the world, history, and ensure you don’t ever get the middle seat.

What is your hometown?
Kansas City. I grew up on state line but claim Kansas as my home state.

What is your favorite food?
Nutella and lobster, but not at the same time. Still looking for that recipe.